** Tickets are no longer available to buy online, but there will be tickets available on the door half an hour before the concert starts – payment either by cash or cheque **

It is 8 September, 1613:  the day Carlo Gesualdo is to die.  The composer is alone in the chapel of his family estate in the hilltop village of Gesualdo, some 60 miles inland from Naples.  He has been living at the castle as a recluse for some time.  Only two weeks ago his only son and heir died.  Now he stares death full in the face, knowing that he faces purgatory for the multitude of sins he has committed.

Blurring the boundaries between a one-actor play and a concert, Breaking the Rules explores Gesualdo’s strange world and his extraordinary music, brought to life by the singers of The Marian Consort and actor Gerald Kyd, known to audiences for his appearances on film and in TV series such as BBC’s ‘Sherlock’ and ‘Silent Witness’. Witness the unravelling of Gesualdo’s mind on the final night of his life, as he contemplates his own mortality and the tumultuous events which have led him to this moment.

Gesualdo is perhaps best known today for his distinctive musical voice and idiosyncratic compositional style. Admired by figures as varied as Igor Stravinsky, Aldous Huxley, Werner Herzog and Frank Zappa, his reputation rests equally on the gruesome murder of his first wife, Donna Maria D’Avalos, an act which captured the popular imagination and was retold in increasingly lurid detail until well into the nineteenth century.

“Breaking the Rules was a one-man psychodrama waiting to happen with a pick of Gesualdo madrigals (Moro, lasso; Dolcissima mia vita) and Tenebrae responsories (ending with the spine-tingling Miserere mei, Deus) performed by the Marian Consort … with Gerald Kyd playing the aged composer as tormented, repentant and still marvellously arrogant as he relives his most notorious episode … the music is woven in, with six singers emerging from the back of the church, then circling Gesualdo, line blurred between chapel choir and the voices in his head … fluid, vivid and, crucially, daring.” (The Guardian) 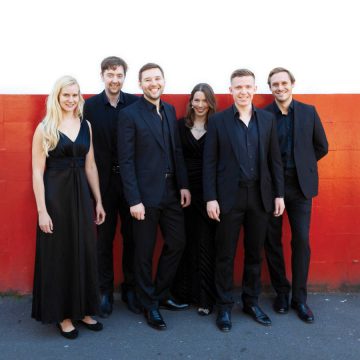 Taking its name from the Blessed Virgin Mary, a focus of religious devotion in the sacred music of all ages, The Marian Consort is a Gramophone Award-nominated and internationally-renowned early music vocal ensemble, recognised for its dynamic freshness of approach and innovative presentation of a broad range of repertoire. Under its founder and director, Rory McCleery, this ‘astounding’ ensemble has given concerts throughout the UK and Europe, features regularly on BBC Radio 3, and is a former ‘Young Artist’ of The Brighton Early Music Festival.

Known for its engaging performances and imaginative programming, the group draws its members from amongst the very best young singers on the early music scene today. They normally sing one to a part (dependent on the repertoire), with smaller vocal forces allowing clarity of texture and subtlety and flexibility of interpretation that illuminate the music for performer and audience alike.

Their repertoire encompasses the music of the fifteenth to eighteenth centuries with a particular focus on the exploration of lesser-known works, often bringing these to the attention of the wider public for the first time. The Marian Consort is also a proud exponent of contemporary music, juxtaposing latter-day pieces and Renaissance works in concert in order to shed new light on both. As part of this commitment to new music, the group has commissioned and recorded works by leading British choral composers including Cecilia McDowall, Matthew Martin, Gabriel Jackson and Cheryl Frances-Hoad.

The Marian Consort is also committed to inspiring a love of singing in others, and leads participatory educational workshops for a wide range of ages and abilities. The Marian Consort often collaborates in performance and recording with a variety of vocal and instrumental ensembles: recent project partners have included the Carducci Quartet; the Choir of Merton College, Oxford; the Berkeley Ensemble; the Rose Consort of Viols; {oh!} Orkiestra Historyczna; and Ludus Baroque in repertoire ranging from Byrd, Parsons, Bach and Handel to Arvo Pärt and Michael Berkeley.

The Marian Consort performs extensively across the UK and Europe, and has recently returned from an inaugural tour of the USA and Canada. Other recent concert highlights include performances in the Bascule Chamber underneath London’s Tower Bridge for the Thames Festival; a debut performance in Estonia at the 24th Kuressaare Chamber Music Days; a residency at the Cambridge Early Music Festival; a collaborative concert of Handel, Dowland and Purcell with {oh!} Orkiestra Historyczna as part of the Misteria Paschalia Festival, broadcast on Polish National Radio; and an ongoing tour throughout the UK in celebration of the group’s tenth anniversary.

The Marian Consort has to date released ten CDs with Delphian Records, all of which have met with considerable critical acclaim. Their discs have been praised for ‘performances that glow with golden purity and soul’, ‘precision and pellucid textures’, ‘impeccable polish and blend’ and for ‘drawing the listener in by quiet persuasion and musical intelligence of the highest order’. Their latest disc, In Sorrow’s Footsteps, featuring the world premiere recording of a major new setting of the Stabat Mater by Gabriel Jackson, has received several five-star reviews, with Gramophone Magazine commenting that ‘carefully paced and shaped by the group’s director Rory McCleery, this feels like a modern classic in the making, sensitive and endlessly responsive to the text.’

Plans for 2019 include revival performances of ‘Breaking the Rules’ at the Bridgewater Hall in Manchester and for festivals in London, Bristol and West Somerset; Mozart Requiem with {oh!} Orkiestra Historyczna in Warsaw; concerts in Granada and Zamora; and a recital at the Holy Week Festival at St John’s Smith Square. The Marian Consort is directed by Rory McCleery, a freelance choral conductor, singer and academic. 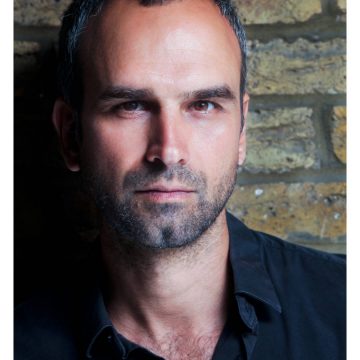 Dunster Festival 2020 It is with the greatest of regret that we announce the cancellation of the 2020 Dunster Festival, which was due to take place May 22 to 24. This is not a decision that we have come to lightly, and is particularly heartbreaking in view of all of...

END_OF_DOCUMENT_TOKEN_TO_BE_REPLACED

BUY TICKETS
We use cookies to ensure that we give you the best experience on our website. If you continue to use this site we will assume that you are happy with it.OkRead more